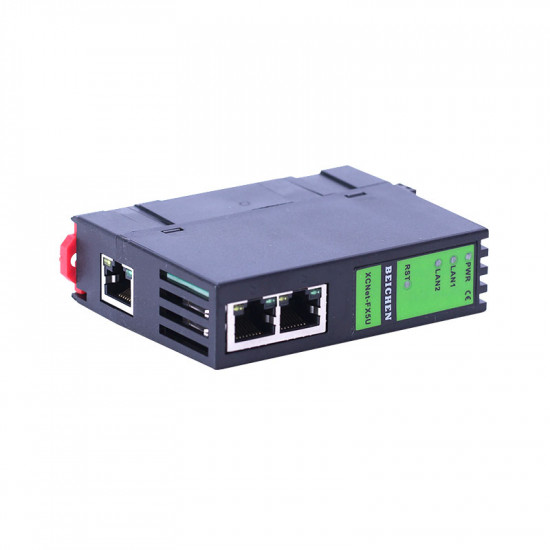 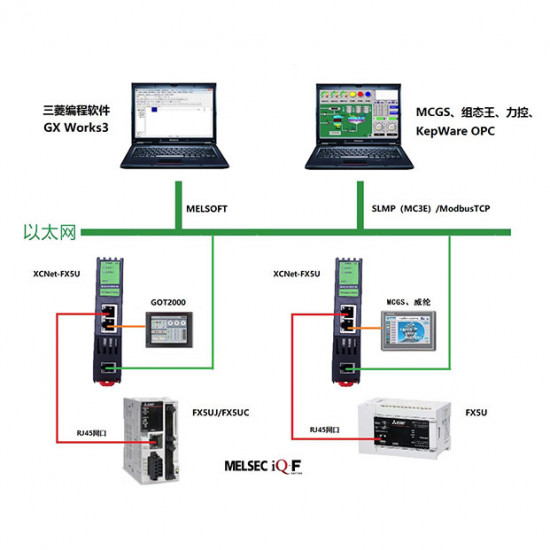 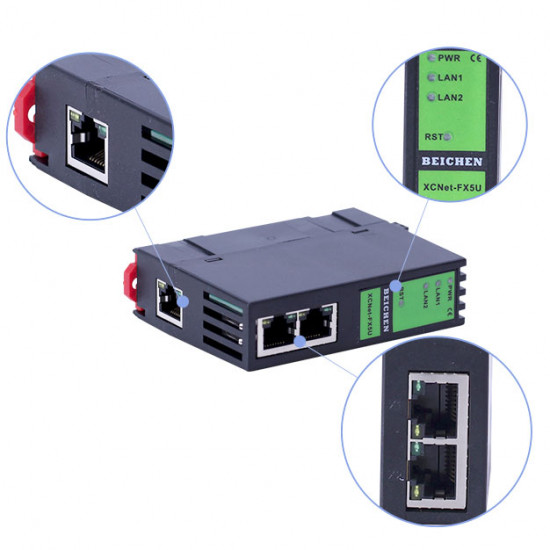 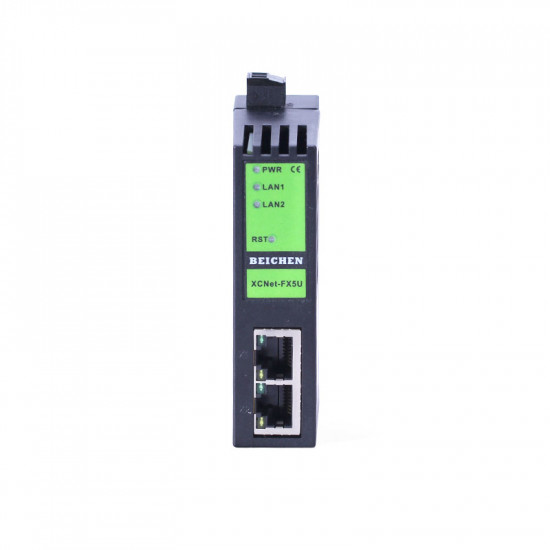 XCNet-FX5U Mitsubishi Fx5U Ethernet Module
Based on 0 reviews. - Write a review
$245.00
BCNet
Add to Cart
Buy Now Ask Question
Add to Wish List Compare this Product
Buyer Protection
75-Day Buyer Protection Money back guarantee
About US/European Union VAT:
Goods purchased (<150€ with Free Shipping) from Wiseck and delivered to the destination located in the US/European Union (EU), VAT and duties(if applicable) have been included in their selling prices, and you don't need to pay additional tax. For more information about these costs, please contact the tax and customs authorities in your country.

(The  PLC in the pictures are NOT included,  V2.0 adapter includes two MD8 to DB25 cables.)

XCNet-FX5U is a high-performance protocol conversion gateway, designed to meet the increasing informatization needs of factory equipment (equipment network monitoring and production management), and is used for Mitsubishi MELSEC iQ-F (FX5U, FX5UJ and FX5UC) series PLCs It is very convenient to build a production management system.
XCNet-FX5U has two physical interfaces, LAN1 and LAN2 respectively have independent local area network capability. Among them, LAN1 is a double RJ45 interface with switch function, which is used to connect PLC; LAN2 is a single port RJ45, which is mainly used for the connection of upper computer acquisition or touch screen.
XCNet-FX5U can realize the address translation function of NAT, which can map the IP address of the PLC connected to the LAN1 port to any IP address of the LAN2 port; it is convenient to solve the problem that the field device cannot modify the IP address.
LAN1 of XCNet-FX5U will automatically establish connection with PLC, and map FX5U into ModbusTCP and SLMP (MC3E) server of LAN2 port.
XCNet-FX5U Function
Installed on a 35mm guide rail, LAN1 is a dual-port RJ45 with switch function, and this port is connected to PLC; LAN2 is a single-port RJ45, which can be connected to a touch screen or a host computer system; XCNet-FX5U is powered by an external 24VDC power supply.
Integrate the WEB server, through the webpage, you can set the device parameters and run the diagnosis; you can also configure it through the BCDevice tool; you can configure it from the LAN1 or LAN2 port at will.
Mapping the Mitsubishi FX5U into a ModbusTCP and SLMP (MC3E) server on the LAN2 port can realize the connection between ModbusTCP and SLMP (MC3E frame) without configuring the Mitsubishi PLC.
Realize the NAT function, which can forward TCP and UDP protocol packets across network segments to achieve access to PLC data in expanded network segments.
LAN2 supports ModbusTCP server function, which can map FX5U to ModbusTCP server of LAN2, and the mapping relationship between Modbus and Mitsubishi PLC internal devices can be edited freely.
LAN2 supports SLMP (MC3E) server function, which can map FX5U to LAN2’s SLMP (MC3E) server, which is convenient for OPC to use Mitsubishi Ethernet driver function.
The LAN2 port can support up to 32 host computers to access.
By adopting Mitsubishi SLMP (MC3E) protocol or ModbusTCP, programming in high-level languages ​​(such as VB, VC, C#, etc.) can be realized, and data communication with PLC can be realized, which is convenient for the development of production management system.
SCADA (upper configuration software) supporting OPC channel communicates with PLC in OPC mode.
Support firmware update on the user side through Ethernet, provide firmware with more functions for free, purchase hardware once, and upgrade permanently.

At Our Store, we accept all major credit cards and payments made through PayPal.

In addition, we support EUR, GBP, JPY, AED, CAD, AUD, SGD, you can use local currency to pay to the local receiving account. (contact support@wiseck.com sent you bill) 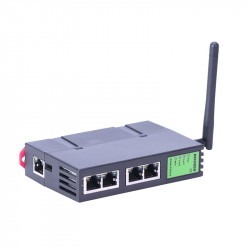 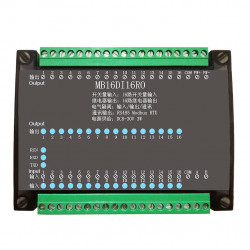 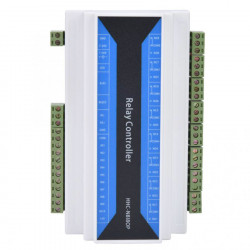 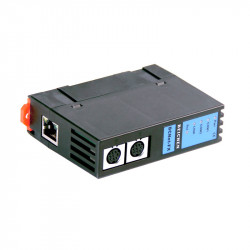 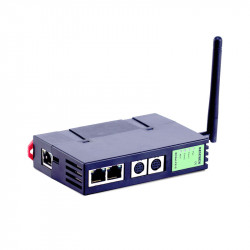 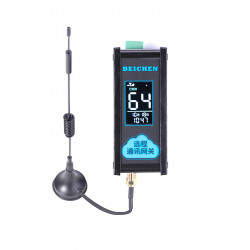 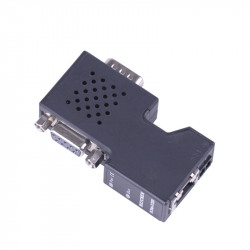 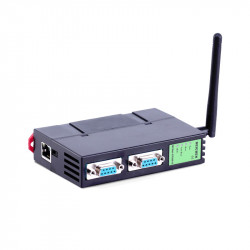